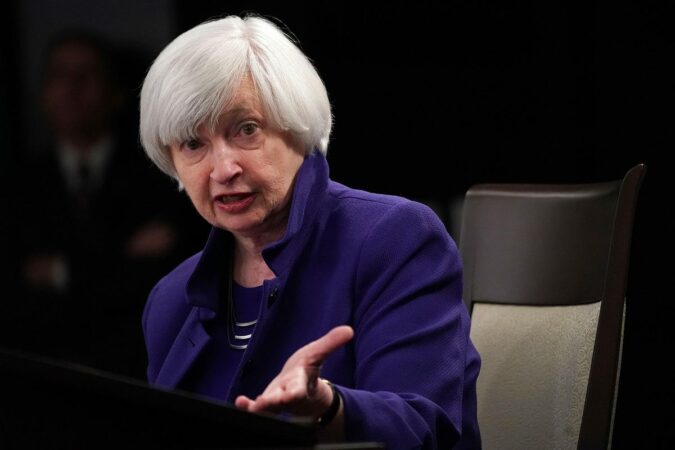 The Future of Financial Systems

The Secretary of the United States Treasury Department has said that cryptocurrencies are an essential piece of the future of financial systems while she was speaking at the Kogod School of Business Center for Innovation at the American University.

While making her statement, Yellen acknowledged that the crypto sector has muffed into a multi-trillion dollar space from an approximate $14 billion just five years ago. She, however, stated that the trend of quick growth in the crypto space brings with it a span of new and unprecedented opportunities as well as risks that would have been considered impossible some decades ago.

Yellen stated furthermore that these qualities of the crypto space have divided the opinions of people as the proponents of the crypto sector push the American government to stay away and allow innovation to play its necessary role in society while opponents of it call on the government to be more restrictive of the entire crypto sector. According to here, new technologies like that always attract such divergence of public opinions when they surface.

Bare These in Mind While You Explore Crypto

While Yellen continued her speech at the school, she said that the United States needs to bare five lessons in mind while exploring the opportunities and problems that new technologies come with.

The first lesson she mentioned is that the United States financial system has always been a beneficiary of responsible innovations. Secondly, it is the lesson that it is vulnerable people who suffer the most in the case of regulations that don’t move at the same rate as innovations. After that, Yellen’s third lesson is the fact that regulation should be made to focus on risks and activities but not on technologies.

In the fourth lesson, Yellen stated that “sovereign” money remains the core of a functional system of finance. And finally, Yellen mentioned that the government at all levels needs to work closely with all innovators. She stayed more on her final point while she emphasized that the role of the US government should be how to ensure more responsible innovations.

It was her opinion that responsible innovations are meant to be at the service of all Americans. They should aid growth and economic competitiveness, as well as protect the interests of the US. She added that responsible innovations should show the depth of public to private dialogues, and it should take into consideration the various lessons that have been learned in the history of the US.