The Asian leading pair of the US dollar and Japanese Yen currencies have managed to regain roughly about 30 pips off its daily low point, and at the time of this report, it was trading with just some average losses in the vicinity of 125.40 area as it headed into the European session. 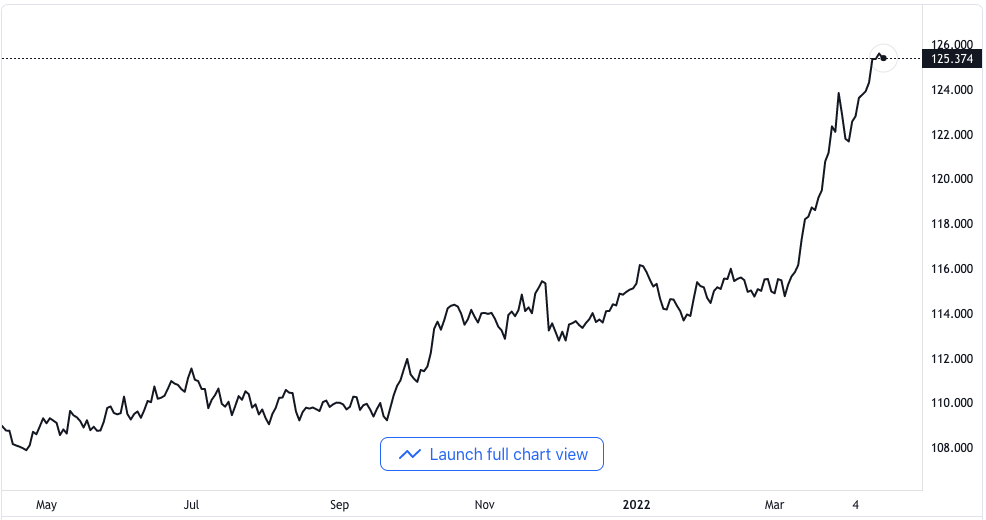 The pair slid lower in the course of early trading on Thursday, and it shifted from the highest point it had been since 2002, which is around 126.30. It was a region that was reached on Wednesday. The US dollar was able to extend its gainful slide from close to a high point of two years which then applies more pressure to the downside on the USD/JPY currency pair.

Fortunately for the market, the consumer inflation numbers that were published on Tuesday did not turn out to be as poor as envisaged, and it had the US Treasury’s bond yield making a halt on its hitherto rally that had been advancing to a peak of multiple years. This was considered a major factor that triggered traders to review some of their bullish stakes on the US dollar, and it eventually became a headwind against the advance of the USD/JPY currency pair.

That said, there were a number of factors that came together to minimize losses and aided the price of the spot in finding support close to the 125.00 psychological benchmarks. The new wave of risk-on mood in the market, as exemplified by the positivity in the global stock markets, has reduced the demand for conservative safe-haven assets, and it has equally put a cap on gains with regard to the Japanese Yen.

Aside from that, the deepening differential in the policy outlook between the US Federal Reserve and the Bank of Japan has also pulled traders back from aggressive wagers around the currency pair. Governor Haruhiko Kuroda of the Bank of Japan stated on Tuesday that the bank would continue with its easy monetary policy as a means of supporting the Japanese economy, which has not recovered from the effects of the COVID pandemic.

In the United States, there are wide expectations that the Federal Reserve will further tighten the country’s monetary policy more rapidly in order to effectively fight the growing inflation rates. The speculations to this effect were confirmed by the producer price inflation that revealed there are expenditures that might add upward pressure to the high inflation.