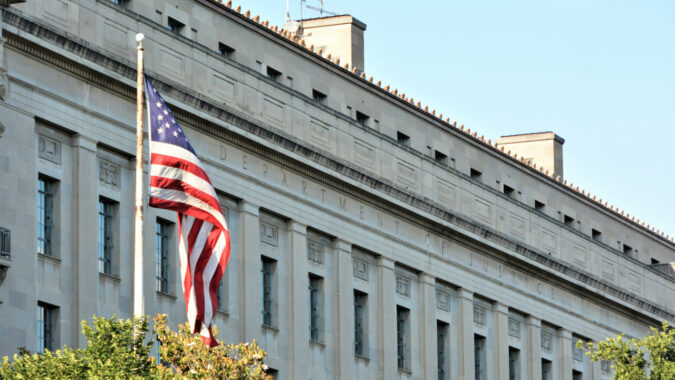 The US Department of Justice has come up with a new task force christened KleptoCapture to enforce the sanctions imposed on Russians for the war their country is prosecuting in Ukraine. The task force is designed to especially go after Russian Oligarchs and all individuals and institutions helping them to hide or convert their wealth, which includes crypto service firms.

The task force was unveiled on the 2nd of March which is an interagency law enforcement unit that is dedicated to helping make sure that the imposed sanctions, economic countermeasures, and export restrictions placed by the United States and their other allies as a reaction to Russia’s invasion of Ukraine, the Department of Justice said.

While stating that KleptoCapture is out to take a broader outlook of those it considers as obstructing a proper implementation of the sanction, the Department of Justice said that its aim is to come up with the right charge against Russian entities or oligarchs, and any entity helping them to evade any economic sanctions.

Collaborators Will Not Be Left Out

A top Department of Justice official also mentioned that players who choose to turn a blind eye or bury their heads in the sand by helping to move “dirty money” might come to charges like money laundering for the role they play in concealing these proceeds.

The Department of Justice official emphasized that any cryptocurrency exchanges, money transmission services, banks, or financial institutions that deliberately refuse to maintain absolute anti-money laundering rules and processes, and lets those Oligarchs move funds and allow the movement of their money, will find themselves in the crossfire of the KleptoCapture investigation.

The US Attorney General Merrick Garland mentioned in the past week that the Department of Justice would not leave any stone unturned in the process of seizing assets that are in violation of imposed sanctions.

Another senior Department of Justice official gave further details that the KleptoCapture task force is designed to bring agents, analysts, prosecutors, and translators together from various departments and across government parastatals to go after criminals and the assets of Russian Oligarchs and those who are enabling the sanction evasion by the Russian government.

The official, however, clarified that the subjection of Oligarchs to American sanctions doesn’t mean the Department of Justice can just go ahead and seize their properties. He said that just belonging to an Oligarch isn’t enough for the Depart to go-ahead to seize properties, hence the need for a legal process.