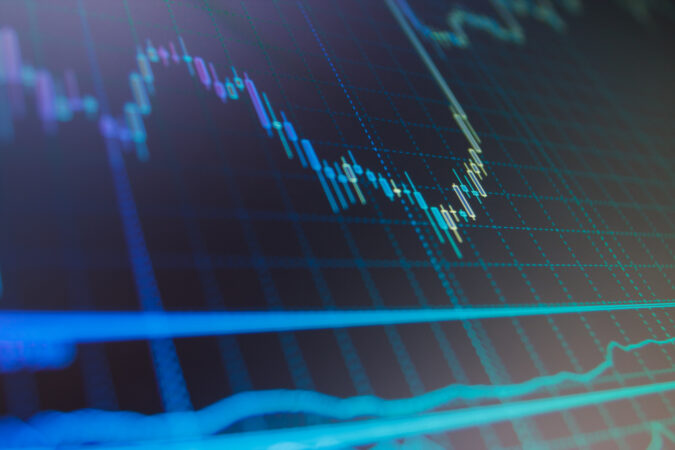 For most of 2021, the Australian dollar behaved more like a bear than a bull, before it hit a year-to-date low point in August. After this, the AUD made a comeback and, in fact, performed better than most of the well-traded currencies in October. The value of the Australian currency is correlated with the prices of commodities, and, in particular, iron ore prices, as Australia is an important iron ore exporter to China. This is why when, last year, the closing of steel mills pushed down iron ore prices by a huge 14% in one day, the Aussie dollar suffered as a result. So far in 2022, though, the AUD has been making a recovery.

In comparison, in 2021 the USD demonstrated stellar performance – the best in five years – with gains of 7%. This was due to a US economy that was gaining momentum and the increasingly hawkish tone of the US Federal Reserve. The EUR/USD saw the euro fare quite well until November, when a spate of new Covid cases in Europe, together with political tensions and insistent ECB dovishness, pushed the EUR/USD down by 2.6% in a month. Traders of the USD/JPY watched the yen lose a lot of its value against the dollar last year, touching on its lowest point in four years. Let’s look a bit more closely at top currency trading pair AUD/USD and see where it might be headed next.

Back in November, Christine Lagarde of the ECB refused to tighten monetary policy despite the euro dropping below $1.14 for the first time since mid-2020. The Reserve Bank of Australia (RBA) seemed to be thinking along similar lines, giving indications that rate hikes could be expected as late as 2024. “The risks are tilted towards AUD/USD weakness today given the large gap between market pricing for rate hikes in 2022 and RBA rhetoric”, explained Joe Capurso of the Commonwealth Bank of Australia. The AUD/USD was holding at 0.7346 mid-month.

In the last third of December, the AUD was supported by improved risk appetite among traders and the upturn in global share prices including oil. When the first week of January came around, US Treasury yields were on the rise, sparking the conviction that the US Federal Reserve would raise interest rates in March. Adding fuel to the fire was a solid report on the state of American jobs. Predictably, the talk of hawkishness drove traders to shun risky assets like cryptocurrencies.

Even when the RBA was insisting it would be patient about inflation in 2021, many traders “Ramped up bets the central bank will hike early and often to tackle inflation”, said Bloomberg. Then, at the start of February, Bloomberg reported that “Money markets are betting the Reserve Bank of Australia will hike in June”. At the same time, they noted that hikes would have to be done with caution due to the high number of mortgages signed in the last two years.

Things took a turn a week later when Philip Lowe, Governor of the RBA, gave strong indications of dovishness, saying that his economic policy “Does run the risk that inflation will be above 3% for a period of time and that risk is acceptable”. Lowe explained that his patience on the issue of inflation had to do with his strategy to lower the unemployment rate before starting off wage increases. Interest rate hikes now seemed to be “Some way off”, Bloomberg concluded. Still, Lowe did say a rate increase was “plausible” in 2022 if inflation were to grow out of control. Meanwhile in the USA, inflation had touched 7.5% in January, solidifying convictions of imminent hikes. All this looked distinctly bearish for AUD/USD.

The RBA has already said goodbye to its quantitative easing program but stressed that this does not imply monetary policy will be tightened. On the issue of gauging the RBA’s inflation threshold, Belinda Allen of the Commonwealth Bank of Australia suggests that “Where the inflation debate will heat up is how long the RBA will tolerate inflation rates above 3%.”

Looking ahead for the US dollar, “With odds for a rate hike in March rising and the threat of Quantitative Tightening the USD should maintain resilient form”, in the opinion of TD Bank. For those engaged in the world of currency trading, keeping a watch on daily exchange rates is crucial, but, in the case of AUD/USD the issues of central bank monetary policy and commodity prices are the key items on the menu. Keep up to date with the states of the American and Australian economies, employment rates, and health care progress controlling the pandemic for the full story.