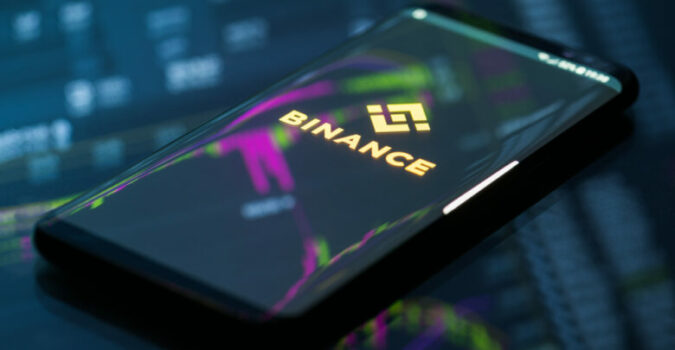 The de-pegged US Dollar stablecoin, UST, has been creating some storm in the crypto ecosystem recently. In the early hours of Tuesday, the token fell to a low point of $0.60 as it de-pegged by a mouth-gaping 40% away from the US Dollar. What consequently followed was a broad-based liquidation of the UST asset and that of Terra blockchain’s native currency, LUNA.

As of the time of putting this piece together, Terra (LUNA) was down by 60% as it slid beneath $25, its lowest point since last year’s September. In reaction to these sporadic developments, Binance, one of the world’s leading crypto exchanges, announced the temporary suspension of UST stablecoin and LUNA withdrawals.

In an official statement, the platform said that it has temporarily suspended withdrawals on UST and LUNA tokens on the Terra network on the 10th of May 2022. It says the suspension was necessitated as a result of high numbers of unresolved withdrawal requests. It further claimed that the failure in being able to resolve withdrawals was caused by congestion and network slowness.

Binance said it will reopen its portal for the withdrawal of those tokens as soon as it deems its network stable and the number of hanging transactions has been reduced. The platform promised to notify users in subsequent announcements of further developments and apologized for any inconveniences created.

LUNA Foundation Guard Begins the Liquidation of Its Bitcoin Assets

The Terra network’s parent organization, the LUNA Foundation Guard, is currently going through a real test of time. LUNA Foundation Guard has commenced the liquidation of its Bitcoin assets in reserve in order to buy UST and then restore the stability of its stablecoin.

Colin Wu, a well-known analyst of the crypto sector, has made a statement. He said that LUNA Foundation Guard’s Bitcoin address has just been found to have made a transfer of 28,205.5 Bitcoin assets to Binance. He further revealed that the Bitcoin balance on the said address now stands at 0.

The breakdown of transfers from the address, according to Wu, is a first transfer of 42,530 Bitcoin in the early hours of Tuesday and then 28,205.5 later. The Foundation currently has no Bitcoin reserve.

But the latest information from the LUNA Foundation Guard itself reveals that it is lending its Bitcoin assets to MMs. The information states that the latest clip of withdrawal made by the Foundation was about 37,000 Bitcoin. In a similar case to previous developments, the loan was given to MMs.

It clarified further that it is a small amount of its Bitcoin that has been expended but it is been used in the purchase of $UST. The Foundation promised to give more updates as events unfold.

The big question now, however, is if Terra is able to bring this situation under firm control in good time, would it still be able to retain the confidence of investors to use UST stable coin again?