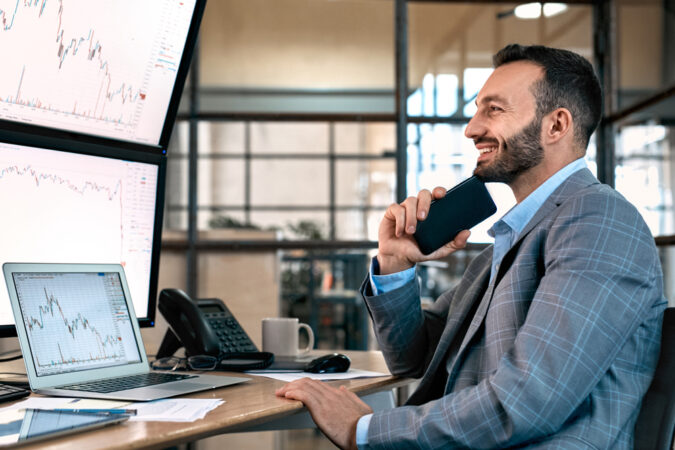 On Friday, the US dollar was on course to end its best year after 2015, which had been dominated by fears of a sharp decline in global growth and aggressive interest rate hikes from the Federal Reserve.

As 2022 came to a close with Friday being its last trading day, the greenback was to record annual gains of 7.9% against a basket of its peers, which is the biggest annual increase to happen in seven years.

However, recent weeks have seen the US dollar pare some of the gains it had made earlier, as investors are looking for indications about when the rate-hiking cycle of the Fed might come to an end.

Since March, there has been an increase in the interest rate by 425 basis points by the Federal Reserve in order to combat the surging inflation in the country.

The holidays resulted in reduced liquidity in the market and the greenback also recorded losses on the day of 0.433%, which brought it to 103.530.

Currency analysts said that everyone is wondering if the problem would be stubborn inflation or weak growth in the next year.

If it is the former, there would be a rally in the US dollar, while the latter will see the greenback decline.

The euro has been under a great deal of pressure in 2022 because of the hawkish stance of the Fed, the Russia and Ukraine conflict and weak growth in the eurozone.

Market strategists said that the euro area had seen some flows because of stronger economic growth and higher interest rates.

However, they said that these are risky, especially if there is another rise in energy prices, or if the European Central Bank (ECB) changes its hawkish stance.

There was also a drop of 0.73% in the Chinese yuan against the US dollar, which brought it to $6.9215. It was on course to an annual drop of 8.7% because of a domestic slowdown in the economy and dollar strength.

There had been considerable optimism about China’s decision to loosen its zero-COVID policy, but surging infections have tempered this because it increases the risk of economic disruptions.

Market analysts said that the reopening of China would lead to more volatility, but it would eventually boost risk appetite and a positive economic impact would be seen.