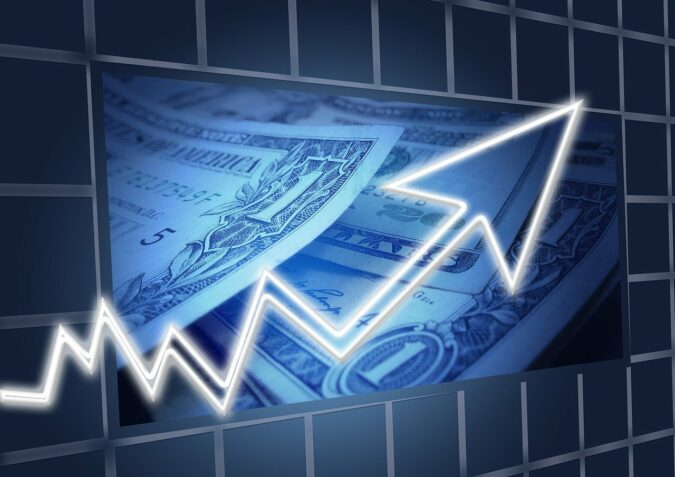 The Swiss franc is known as a “safe haven” currency, meaning that in times of global economic turmoil it tends to experience an influx of investment and, in turn, strengthen. The clearest recent example of this was the Great Recession of 2007-2008 when the US dollar was on the back foot against the Swiss currency from the beginning of 2007 until the middle of 2008. Normally, the Japanese yen is also considered a safe-haven currency. Compare the value of a dollar in 2007, at 120 yen, to its value in 2009, at 90 yen. Again, we see that the turmoil of the Recession drove traders to purchase the yen, driving up its value against the dollar. When the world economy recovered after the Recession, the yen promptly began to lose its value. The yen was led further down this path by the quantitative easing done by the Bank of Japan in 2013.

When it comes to the currency pairs USD/CHF and USD/JPY, another important factor is the difference between the US Federal Reserve’s interest rate, on the one hand, and that of the Swiss National Bank (SNB) or the Bank of Japan, on the other. If the SNB raises its interest rates, traders may be drawn to purchase the franc, thus strengthening its value and weakening the USD/CHF pair. Analysts are presently considering when the US Federal Reserve will raise its interest rates, which the Federal Open Market Committee expects to occur near the end of 2022. This is the kind of event that could strengthen the dollar and could impact currency pairs like USD/CHF and USD/JPY. Let’s review the recent performance of these forex trading pairs and see what to expect in the coming months.

The US Federal Reserve has been clear on its position that its continued handing out of pandemic support depends on the employment situation in America. In early August, a promising US jobs report came in, indicating that 943,000 Americans had been employed in July, exceeding the expected increase of 870,000 quite significantly. Richard Clarida, Vice Chairman of the US Federal Reserve, suggested that late 2022 might be the time to expect interest rate hikes. All this gave fuel to the American currency, which strengthened against the Swiss and Japanese currencies more than they had done since June. More specifically, the dollar rose 0.9% against the franc and 0.4% against the yen.

However, when September came around, it brought with it a less impressive ADP jobs report, indicating that there had been 374,000 employments made, much less than the expected 613,000. Since Federal Reserve Chairman Jerome Powell had said asset-purchase tapering would only begin when sufficient employment had been made, traders grew doubtful that the Fed was ready to slow its stimulus packages. The dollar remained weak against the yen for a two-week period.

By October 8th, volatility had returned when USD/CHF price went down 0.35% since the beginning of the month. Indeed, the next twelve months is a period when many analysts expect the dollar to weaken against other currencies. According to a Reuters analyst poll, however, this weakening is now expected to be milder than was believed in September. In another poll, most analysts admitted they were uncertain whether or not the dollar could weaken over this time period. David Adams of Morgan Stanley feels a bit more confident about the dollar. “We continue to be dollar bullish, particularly versus the low yielding funding currencies – that would be the yen and the euro,” he said.

Speaking of the yen, the days from September 22nd to 24th saw the dollar strengthen powerfully against the Japanese currency, as the USD/JPY rose from 109.12 to 110.79 and then 113.49. In general, a common trend is for the yen to weaken when the global economy gets stronger. Also, a stronger US economy would strengthen the dollar. Therefore, those in the forex trading market should keep an eye on the rebound of the American economy. Needless to say, statements from the US Federal Reserve are important news too.

When it comes to forex trading, volatility of top pairs like USD/CHF and USD/JPY may present both opportunities and risks for CFD traders. CFDs, or Contracts For Difference, allow you to take advantage of prices changes in both directions—increases as well as decreases—without the need to purchase the underlying asset. If you expected the price to go up, you’d open a ‘Buy’ deal or ‘Go long,’ whereas if you expected it to go down, you’d open a ‘Sell’ deal or ‘Go short.’ As we’ve said, many factors can impact the price of forex trading pairs, so before entering the markets, it’s best to do your research as thoroughly as possible.