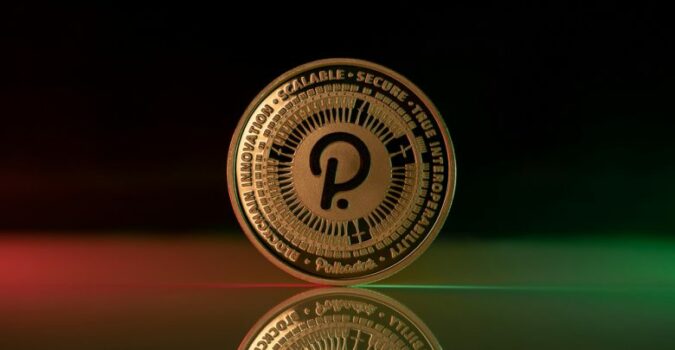 Take a look at how the ecosystem and substrate platforms developed by Polkadot compare with the incoming upgrades done by Ethereum. This becomes more prominent as the world moves steadily towards Web 3 with increased momentum.

For a lot of casual investors in the digital asset space, the upgrade of Ethereum to 2.0 holds the prospect of being a game-changer that would enhance efficiency. It also promises to reduce the cost of the network as well as push the whole blockchain and digital asset space closer to the reality of Web 3.

The Ethereum network has had a serious battle with an inability to scale and escalating gas fees. Since it is widely used in smart contract and DApp transactions, moving to a reliable and sustainable proof-of-stake platform is very expedient.

Unknown to a lot of casual investors though, Polkadot has a substrate platform that has been working on developing a parallel infrastructure of a decentralized internet. It is a project that many thinks would eclipse Ethereum eventually. Since the publication of Polkadot’s white paper, the platform’s value as a link between Ethereum and other possibilities of Web 3 has been its primary selling point.

Ethereum was once seen as a revolutionary innovation and the preferred platform for the development of DApp. But afterward, the issue of scalability became an issue for Ethereum. Having an approximate one million transactions in a day, the blockchain can only process fifteen transactions in a second and this led to very high gas fees.

Even though the transaction numbers would increase as it is upgraded to Ethereum 2.0, it might still not be able to perform like centralized platforms like Visa. In theory, Visa’s platform can execute up to 1,700 transactions per second. The obsolete consensus algorithms of Ethereum which consumes about 112.15 TWh – about the power requirement of Portugal of the Netherlands – annually, add to the reasons for its slow operations.

In plain terms, Ethereum requires a proof-of-work algorithm that depends on intensive computational mining to add new blocks and verify transactions. This is part of what Ethereum 2.0 seeks to address by migrating to the more effective proof-of-stake algorithm. It will open the path for Ethereum to be carbon-neutral and gain more speed.

Not a Competition But a Complementary

After all necessary analysis, Polkadot is nothing short of a platform that offers complementarity to Ethereum. Both platforms have the same end to deliver a completely decentralized web. While Polkadot brandishes a lot of new features and enhanced capacity, it is yet in its early days with just a few applications functioning on its platform.

Ethereum is being a jack of all trades, having thousands of projects and developers. This, however, gives the blockchain a major advantage. Ethereum and Polkadot offer different purposes and they can conveniently complement one another in the decentralized space.

Looking at the Future

Ethereum and Polkadot have their individual strength and weakness. They might have a joint project much later for the realization of a fully decentralized web. Developers might be able to use Polkadot Substrate to create social media platforms or other apps that use Ethereum’s token economy.