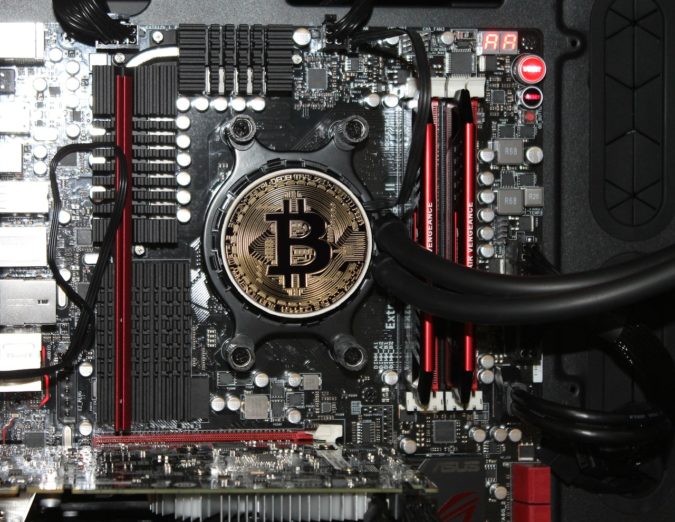 A post was made yesterday on the ETF Think Tank website by a portfolio manager from Toroso Investments, Dan Weiskopf. According to his post, tech giant Apple Inc. should make some move to invest its huge cash reserves into Bitcoin (BTC). This suggestion from the top ETF expert on the website came just after the chief executive of MicroStrategy, Michael Saylor, and a hedge fund manager from Goldman Sachs (former), Raoul Pal, also had the same opinions. They made prediction that Apple Inc. would also start doing large-scale investments into the pioneer cryptocurrency in the next couple of years.

It didn’t take long for Saylor to retweet Weiskopf’s piece and he endorsed it with promises of profit from the company, should they go ahead with this venture. The CEO of MicroStrategy claimed in his tweet that the tech giant would be able to earn as much as $100 billion in terms of market capitalization, if they decide to integrate their products with Bitcoin, and would also increase their holdings through it. The current market capitalization of the U.S. firm is already past the $2 trillion mark and it is recognized as the most valuable company in the world. The on-hand cash supply of the tech giant is around $192 billion.

This was confirmed through an earnings report that was published by the company on October 29th, 2020. In his piece, Weiskopf claimed that Apple would be able to make more profits by investing anywhere between $10 billion and $20 billion in the long-run. This is in direct contrast to the company’s existing plan of stock buybacks, as they were declared both risky and expensive by Weiskopf. One of the primary arguments was that it would be extremely prudent for the company to hedge against inflation. Weiskopf said that it was the shareholders who were getting all twisted up at the prospect of investing in Bitcoin.

However, he stated that these shareholders should actually do the match and work out the benefits of stock buybacks and those they would get through a Bitcoin acquisition. He went on to say that it didn’t matter if some saw Bitcoin as an inflation hedge, a speculation tool or just an alternative asset class. Instead, he said that Bitcoin was undoubtedly a technological innovation and Apple has the resources necessary for providing it to its respective shareholders, should it choose to do so.

Weiskopf further added that Apple is in the position to help Bitcoin achieve mainstream adoption, highlighting how the company has a greater reach and market capitalization that the leading cryptocurrency. According to Weiskopf, this would end up benefitting the two sides. He also emphasized that the iPhone maker has the unique opportunity of thinking outside the box where crypto is concerned. The company has the loyal ecosystem, technological expertise and financial resources that can make Bitcoin relatively less-risky. This could enable Apple to push forward one of the most disruptive technologies that have been introduced since the advent of the internet itself.