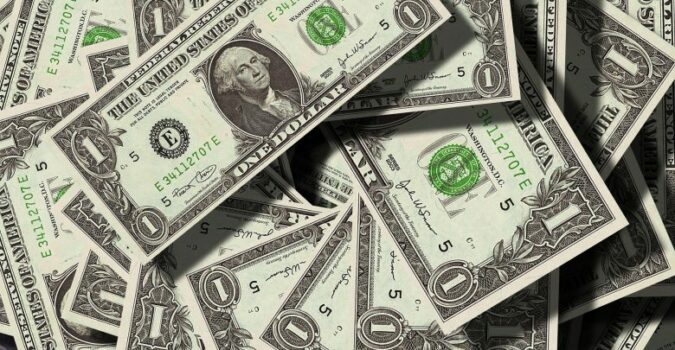 The US dollar started the week on a downward trend in the Asian market as money markets keep watching the situation in Ukraine. The safe-haven Japanese Yen was well within the reach of a two-week high whereas the Euro was slightly on the edge while traders weighed the economic effects and energy security for the whole of Europe if Russia eventually invades Ukraine.

The monitoring US dollar index keeping a tab on how fairly the greenback is doing against other major fiats went underneath by 0.21% to be at 95.820.

Barclays’ financial analysts mentioned in a clients’ note that the Russia vs. Ukraine standoff is beginning to take a dominant place in price action and risk sentiment. They said that the market may possibly continue to chase headlines and not have any clarity on the final result.

In what seems to mirror the situation, the Euro had a little boost in the early period of the Asian session as President Vladimir Putin of Russia and President Joe Biden of the United State are said to have “agreed in principle” to have a joint summit where they will discuss Ukraine. But the summit will not be held if Russia goes ahead to invade Ukraine.

In the meantime, the Japanese Yen lost some of its place against the US dollar after the summit announcement. It is the safe-haven assets like the Swiss franc and Japanese Yen that reaped benefits from investors trying to avert risks as a result of the Eastern European crisis.

The Euro was trading higher at 0.12% to $1.13340 following its initial fall in the session as a result of Sunday’s announcement by Belarus’ Ministry of Defense that Russia is going to extend its military drills going on in the country.

Policies of various central banks remain a source of concern to market investors as China’s central bank is set to release a new loan rate later on Monday. In New Zealand, the Reserve Bank is expected to announce its policy decision on Wednesday while the Bank of Korea is expected to do the same on Thursday.

Away from Asia, Governor Andrew Bailey of the Bank of England is scheduled to make an appearance at the country’s Treasury Committee later in the week. The American Federal Reserve top officials will be speaking all through the week while investors will be watching out for indicators of a 50 bps interest rate increase against the widely expected 25bps increase in March.