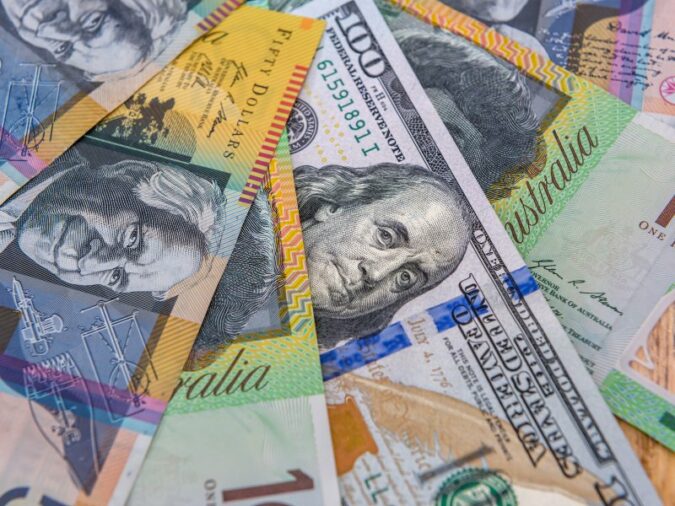 The AUD/USD trading pair consolidated on its steady intraday move upwards and hiked to a new daily height around the 0.7220-0.7225 zones in the lead-off to the North American session. 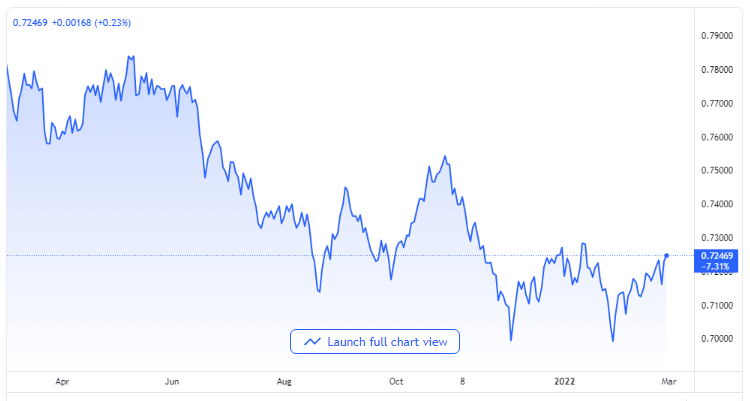 After the bearish gap opening that took place on Monday, the pair drew some dip-buying in the regions of the mid-0.7100s, and it was supported by a number of factors. The early rise was after the upbeat publication of Australia’s Retail Sales report, which confirms market speculations for an inevitable interest rate increase by the Reserve Bank of Australia later in the year.

Aside from the above, a rebound in equity markets created some sales in the premise of the safe-haven American dollar, and it went ahead to serve the benefit of the Australian dollar that is believed to be riskier.

The first reactions to the weekend events with regards to the crisis in Ukraine seem to have been short-lived, and this was made evident by the intraday bounce through the global stock markets. It should be recalled that Western countries made efforts to punish Russia for carrying out an invasion of Ukraine by imposing strict sanctions, which include removing some of the country’s banks from the SWIFT financial platform.

President Vladimir Putin of Russia went ahead to up the ante on Saturday when he placed his country’s military nuclear force on alert.

The market’s tension, however, subsided when Russia’s negotiators said that they were interested in reaching a diplomatic agreement with Ukraine as soon as it could be achieved. In addition to this, there are reports that a Russia-Ukraine dialogue has begun in Belarus while media outlets in Russia describe it as a peace talk. It gives hope to de-escalation of the conflict in a short time.

The ongoing Belarus dialogue, as removed as it might seem, is helping the market risk sentiment to get stabilized better, and thus providing the AUD/USD pair with a much-needed modest lift while some repositioning trades are going on ahead of the Reserve Bank of Australia’s meeting on Tuesday.

That said, market optimism might be capped as the general focus is glued to new events surrounding the Russia-Ukraine war. It will, therefore, be strategically prudent to look out for follow-through purchases; if possible, it should be beyond the 100-day simple moving average barrier before being positioned for any more gains while there are no relevant market-moving financial publications.