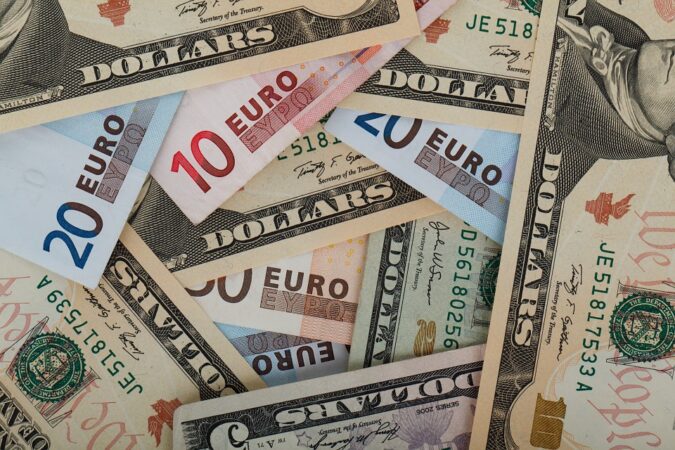 The EUR/USD pair recovered from oversold positions and moved as high as 1.1382 before losing ground and ended the week around 1.1300.

The US Dollar is the clear victor going into the weekend, outperforming both high-yielding peers and gold as a relatively secure asset.

Worries About COVID And Powell

The previous several days have been tumultuous, with risk-off waves flooding the financial markets. The initial alarm was raised by a novel coronavirus subtype called Omicron. On November 25, South Africa confirmed it, causing global alarm and border restrictions.

Authorities later admitted that Omicron was circulating in Western Europe first before the variant was discovered.

Worries that the new variation may hamper economic growth sent shares tumbling, but there is optimism. Omicron appears to be more infectious but less aggressive. JP Morgan believes the virus is evolving into a chronic sickness, which would put an end to the pandemic.

They believe Omicron might help steepen (not flatten) the yield curve and shift focus from development to value. Experts also believe immunizations will still protect against severe instances and mortality.

The WHO is wary due to the unknown factors surrounding the new variant, but that should be clarified by mid-December.

Furthermore, Fed Chair Jerome Powell and Treasury Secretary Janet Yellen spoke before the Senate on the CARES legislation. An increase in the risk of sustained inflation has been acknowledged by Powell. He noted that the Fed might examine stepping up cuts in December to combat inflation.

Inflation And Job Creation Amid The Storm

Europe’s statistics have continued to demonstrate the Union’s failure to re-establish growth, despite rising prices. Preliminary data shows that the German CPI rose 6% YoY in November. The fact that EU inflation has reached a multi-year high has only served to reinforce market expectations.

While the US Federal Reserve has finally expressed worry, the European Central Bank remains cautious. On Thursday, European cabinet member Fabio Panetta claimed that inflation and the current pandemic wave threaten the Union’s economy, despite earlier this week’s statement that transitory variables do not necessitate tightening monetary policy.

Friday’s nonfarm payroll data indicated that the US added only 210,000 new jobs in November, significantly less than expected. The unemployment rate fell to 4.2%, beating expectations of 4.5%, whereas the participation rate rose to 61.8%.

The data weighed on the Dollar somewhat before the weekly close, although the effect was minor. The US still lacks 4 million jobs post-pandemic.

The macroeconomic timetable will likely have minimal influence on price activity in the second week of December due to the approaching central bank decisions right before the Christmas holidays.

The US will also release the November Consumer Price Index, which is projected to be adjusted down to 5.8% YoY.

The duo is trading at the 23.6% retracement of the last loss, with weekly chart readings indicating further bearish strength.

The 20 SMA is headed down and is poised to cross underneath the 100 SMA for the very first moment since August 2020. Simultaneously, the momentum indicator declines as the RSI stays around 30.

The pair has progressively retreated from a highly bearish 20 SMA on the daily chart. Both indicators are flat at approximately 41, indicating little buying activity, while the momentum signal has advanced inside negative territory but remains underneath the midline.

Generally, the pair looks likely to continue its decline, with 1.1160 as a probable objective. A breach below 1.1270 should allow for this.