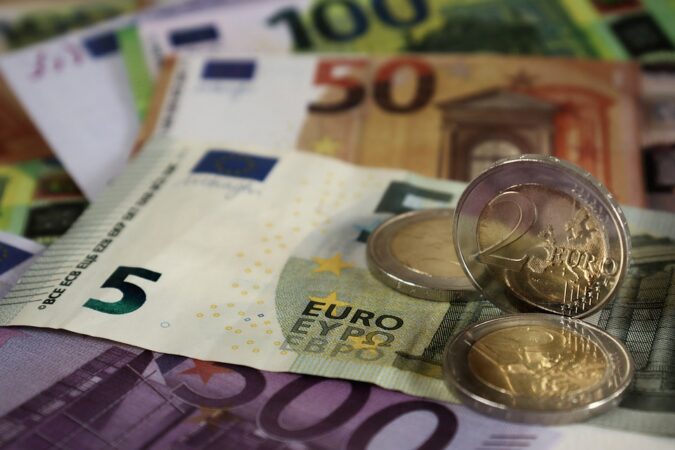 During the first day of the current trading week, the EUR/USD pair saw further selling, wiping out a portion of Friday’s significant advances to a four-day peak.

The joint currency was supported by optimistic Eurozone macroeconomic data, which, combined with post-NFP US Dollar dumping, gave the major a little boost.

Intraday purchasing interest increased following the lackluster publication of the US monthly employment report, which showed the economy generated 199K jobs in December, falling short of analyst expectations of 400K.

This was partially offset by the reality that the unemployment rate decreased more than predicted to 3.9% in December, down from 4.2% in November, and earnings continued to climb strongly.

Nonetheless, the statistics reaffirmed a March Fed rate hike forecast, evidenced by a new leg up in US Treasury bond yields.

Indeed, for the first time since January 2020, the return on the benchmark 10-year Treasury note surpassed 1.80%. Additionally, US 2-year notes, which are extremely sensitive to rate hike predictions, surged to a two-year high, together with 5-year notes.

This aided in reviving USD demand and declining the major currency throughout Monday’s Asian session. Market players are now looking for trade momentum in the Eurozone, which will affect investor confidence and the unemployment rate.

However, the spotlight will remain on Wednesday’s publication of the official US consumer inflation numbers. This, combined with Friday’s monthly US retail sales data, will affect the USD’s price fluctuations and help define the major’s near-term trend.

Technically, the pair is well contained within a larger trading range that has been in place for about a month. On the daily chart, this results in the development of a rectangle.

Given the recent decline, this could still be classified as a bearish stabilization period, implying further near-term depreciation.

The recurrent inability of bearish confirmation underneath the 1.1300 level urges caution. As a result, it would be smart to hold off on new bearish bets until some follow-through selling occurs below the stated handle.

The pair may then extend its decline toward the market range support area, at 1.1235-30. A decisive breach below that would leave the market susceptible to a fall below the 1.1200 level and a retest of the 2021 low in the vicinity of 1.1185.

The negative trend may be prolonged further into the 1.1145–40 interim support level on the way to the 1.1100 round-figure level.

On the other hand, any future upward move is more likely to encounter severe opposition near the 1.1385 area. This is followed closely by the 1.1400 level, which, if strongly cleared, might initiate a short-covering surge.

The upward movement might then be extended to the next significant resistance level near 1.1440-45. The Bulls may finally attempt to regain the psychologically substantial 1.1500 psychological level in the near term.