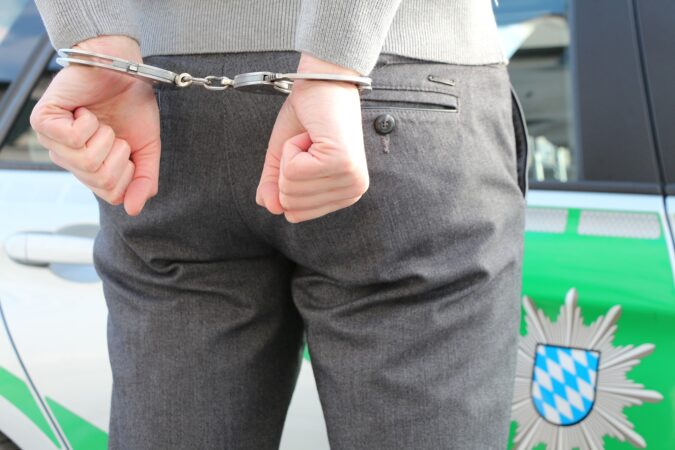 The Chinese Police force is fully committed to cracking down on unlawful crypto traders indulging in fraudulent activities and money laundering, with arrests crossing the thousand range.

According to multiple reports, the Chinese Police force has arrested around 1100 more traders who have been suspected of taking part in fraudulent deals and money laundering activities using cryptocurrency. The Chinese Ministry of Public Security conducted an announcement session in which they stated that the police force and authorities have managed to take control over a certain group of individuals that are suspected to be operating a criminal organization. The announcement also mentioned that this group used cryptocurrency as a hidden method to conduct money laundering in order to hide from law enforcement representatives. As the newest development in the crackdown proceeds, it is focused on catching money launderers, and as of now, more than 1100 individuals have been arrested, with around 170 Criminal organizations getting dismembered.

The Chinese Government has been working hard with the police force in implementing special techniques and measures to fight illegal activities countrywide, mainly related to the communications and crypto industry. The respective authorities were able to catch suspects and seize the movement of illegal funds using the freezing card technique.

Using this method, the government was able to develop freeze waves, working with banks to freeze cards that were used to deal in crypto. Although this might be an effective technique, it hurt a lot of Bitcoin miners working in China. Almost 70% of the Bitcoin miners in China were having issues with transactions.

The Chinese government has been cracking down on the cryptocurrency industry for a while now. The Chinese government has also been silencing many popular pro crypto experts by blocking their social media accounts. Back in May, many major industrial organizations also emphasized the ban, informing the people that they are not going to offer services to crypto-based businesses and operations.

During the same time, the State Council of China ordered a ban on all Bitcoin Mining related operations countrywide, practically eliminating any potential for Bitcoin to flourish in the country. On top of that, Chinese internet services such as Baidu and Weibo have also been censoring content related to cryptocurrency exchanges.