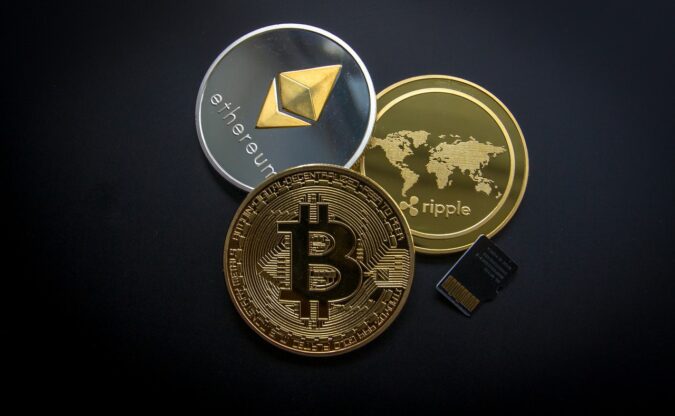 Analysts at JPMorgan Chase have claimed that financial institutions and large investors have shifted their attention towards the Ethereum (ETH) market and are no longer focused on Bitcoin (BTC) futures. The investment bank’s analysts noted that it appeared that Ethereum futures were drawing a greater amount of interest because of a softening of expectations associated with the world’s first cryptocurrency. In order to show evidence of the softening of financial institutions towards bitcoin, the analysts highlighted the prices of bitcoin futures on the Chicago Mercantile Exchange (CME) in the month of September. These were trading below the spot prices for the cryptocurrency.

The analysts said that this was a setback for the number one cryptocurrency and reflected a weak demand from institutional investors that gain exposure to bitcoin through the regulated CME futures contracts. However, considering the data of real world prices in this month, it is difficult to find any evidence to support the claims of the analysts about the CME’s bitcoin futures trading at a reduced price, as opposed to the spot market. As a matter of fact, a comparison of the price charts from the bitcoin spot market on Coinbase, top crypto exchange, and that of CME’s bitcoin futures shows that the futures contracts have actually traded at a premium.

This is particularly true when Bitcoin prices are rising, as seen earlier in this week. In the same manner, the market for Ethereum futures have also followed this trajectory i.e. they have traded at a premium during periods of increasing prices in September, as compared to the spot market on Coinbase. This is in accordance with what is expected from futures contracts, which are often used by financial institutions for getting exposure to underlying assets, such as ETH and BTC. On Friday, Bitcoin, and the rest of the crypto market stumbled, after China’s announcement of tightening their crackdown on digital currencies.

Bitcoin had reached the $42,000 mark, which marked a fall of 6% in a day and around 13% in a week, whereas Ethereum had reached almost $3,000, which was a 7% drop in a day and 19% in a week. Meanwhile, JPMorgan also made the news this week for a matter unrelated to crypto, but still of interest to traders. It appears that the investment bank has decided to settle a class-action lawsuit with its investors by paying $15.7 million. The bank was accused of manipulating the US Treasury futures intentionally, along with option prices, by taking advantage of a technique known as ‘spoofing’.

This technique involves placing orders, but canceling them quickly, which creates the illusion of higher demand and supply. The lawsuit, which has now been settled, was filed after a lengthy investigation by the US government into illegal trading in the precious metals market, as well as the US Treasury. It is important to note that the investment bank did not admit to any wrongdoing. The settlement still has to receive the approval of a federal judge in Manhattan before it is considered final.