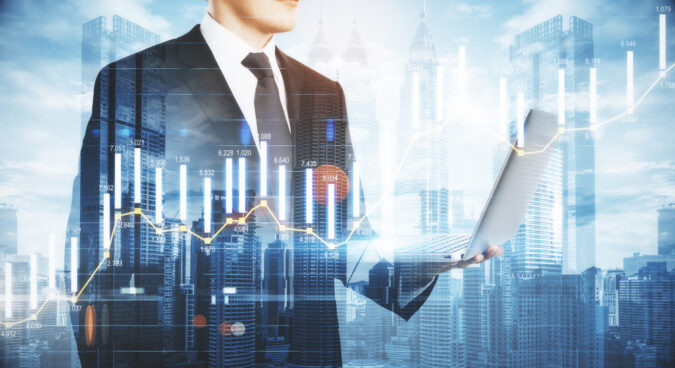 Traders in currency pairs know that exchange rates are not predictable in any straightforward way. In general it is true that if, for example, the demand among Europeans for the US dollar grows high, the value of the dollar will go up against the euro.

But other factors also play strong roles in shaping the relationship of one national currency against another. For example, political announcements or the relative instability of governments are influential factors, as we’ll see later. Economic announcements are important too, especially those related to changes in interest rates, unemployment rates, or inflation statistics.

At present, a lot of world attention is focused on US Federal Reserve Chairman Jerome Powell’s approach to the rising inflation in America. This is “The classic dilemma – if the Fed won’t respond to high inflation, it is dollar negative; if the Fed brings forward tightening, it is USD positive,” explains Alan Ruskin of Deutsche Bank.

In mid-November alarming US inflation reports inspired analysts’ belief that Powell must surely hasten the raising of interest rates. A report on US consumer prices in October showed they had risen higher in the space of a year than since 1990. This expectation itself pushed the dollar’s value up to a 16-month high against the euro.

Powell did not indicate definite plans to raise rates in his speech of early November. “We don’t think it’s time yet to raise interest rates. There is still ground to cover to reach maximum employment”, the Fed chief had said. Let’s take a look at the performance of two interesting USD currency pairs in 2021 and then peek towards next year.

The first quarter of 2021 started with the euro in a good position against the dollar, in fact the best position in two-and-a-half years, with EUR/USD at 1.23. Europe’s vaccine program was slow to unfold, and the continent was enduring its second lockdown, while on the other side of the Atlantic the USA’s vaccination program was vigorous. As a result, the value of the EUR/USD had fallen to 1.17 by the 31st of March.

In Q2, the euro rebounded to meet its starting point of 1.23 by the 1st of June, perhaps due to stronger risk sentiment which boosted the euro against the dollar. However, by the 11th of August the lower value of 1.17 had made a re-appearance, which might have had to do with a Fed announcement in June that two interest rate hikes were likely in 2023, earlier than expected.

The pair of the US dollar against the Turkish lira has seen big changes this year. From January to the end of October, the value of USD/TRY rose from 7.28 to 9.47.

This couple is very closely influenced by political factors and the apparent unpredictability of Turkish President Erdogan’s policy making. For instance, in March, the President unexpectedly sacked the head of Turkey’s central bank, which pushed the lira’s value down in relation to its competitors.

Another two cases surfaced in October, when the central bank decided to lower interest rates considerably despite the growing inflation in the country, baffling analysts. This decision was, according to Ulrich Leuchtman of Commerzbank, “Simply wrong”, and made for a risk that “the real economy will get seriously hurt by the currency.”

And late in the month, after ten Western ambassadors asked the President to release an imprisoned civil society leader, he responded by ordering them all out of Turkey. Political events like these, which seem to be signals of instability at the helm, tend to depress the national currency’s value. In fact, in 2018 the lira lost 20% of its value in one day for similar reasons.

In November, the same US inflation data that pushed the EUR/USD low by sparking expectations of rate increases, propelled the USD/TRY skyward, so that on the 9th of the month it stood at 9.821, the lira having lost 24% of its value so far in 2021.

Many analysts expect the Turkish currency will continue to weaken against the dollar. Per Hammarlund of Skandinaviska Enskilda Banken predicts USD/TRY to find itself at about 10.20 by the end of 2021, and as much as 12 by the end of 2023.