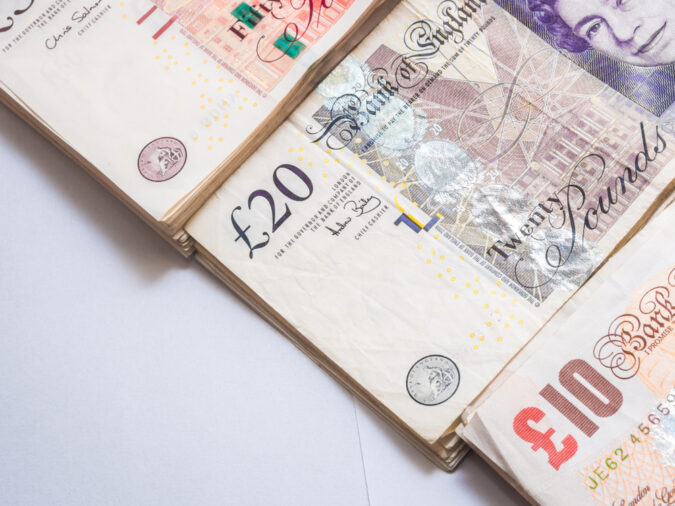 On Monday, the British pound climbed to a high of two and a half weeks against the US dollar, which was broadly week.

This was before the comments from Huw Pill, the chief economist of the Bank of England (BoE) later on Monday and those from Andrew Bailey, the Governor of the BoE, on Tuesday.

On Friday, the British pound climbed 1.5%, after the dollar declined due to weak US data. Economic data had shown a contraction in the service sector, which was a first since May 2020.

Another report had also shown robust growth in jobs, but there was a very slow increase in hourly wages in 16 months.

This brought down the dollar index, which measures the greenback against a basket of six major currencies, as it dropped to the lowest it has been in seven months.

Market analysts said that most of the movement in the Sterling and dollar pair was because of the dollar, which had been sparked due to the data release on Friday.

Analysts are looking ahead to comments from officials of the Bank of England (BoE) for clues about the interest rate path that it would take this year.

Traders have priced in a 100% chance of an interest rate hike of 25 basis points at the February meeting of the Bank of England (BoE).

A 65% chance of a bigger hike of 50 basis points has also been priced in. Money markets believe that the interest rate would peak by the middle of the year at 4.5%.

Analysts said achieving this peak rate by the end of the year was rather ambitious, or foolish as well.

The chief economist of the BoE, Pill was scheduled to speak on Monday at 1530 GMT, while Bailey was scheduled for moderating a panel discussion the next day.

Since December 2021, there have been nine interest rate hikes delivered by the Bank of England for lowering inflation that has touched four-decade highs.

The British central bank has also been battling the possibility of a severe recession, even though there are signs that it might hit pause on its rate hikes soon.

Market analysts said that as opposed to all the other central banks, the BoE had had the most dovish stance because there are already two members of the committee who want the rate hikes to stop.

Expectations are of a 50 basis points hike to come in the next month and then to go on hold. Therefore, investors are struggling with a bullish stance on the British pound because the economic data in the UK is weak.

In addition, inflation is expected to be a tad more persistent in the UK than elsewhere and economic growth could be put at risk due to industrial action.